The launch of Athlone Drug Awareness WEB site was held on November 17th 2015 in the Civic Centre Athlone. It was launched during the MRDTF Drug and Alcohol Awareness Week. Thanks to them for providing the funding for this event. 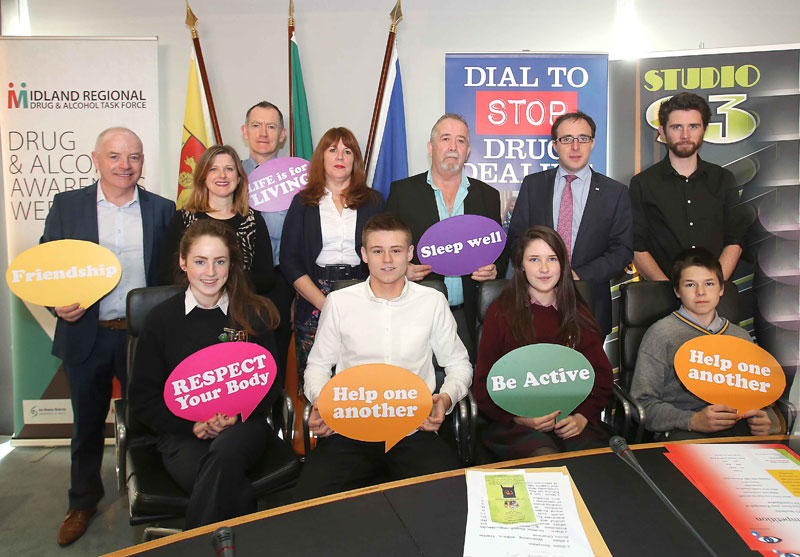 We would like to thank Robbie Powell was the young speaker who launched the Web site. Robbie is the youngest swimmer from Athlone Swimming Club to be capped by Ireland at international level. He won a place on the Irish team for the Canadian Age Groups in July and won silver and bronze medals.

There was representation there from all of the Athlone Secondary Schools and Moate Community College along with political representation and other interested bodies from the community.

Thanks also to Darren Doyle  Studio93 who developed our new web site.

Drugs & Alcohol
- a handbook for parents